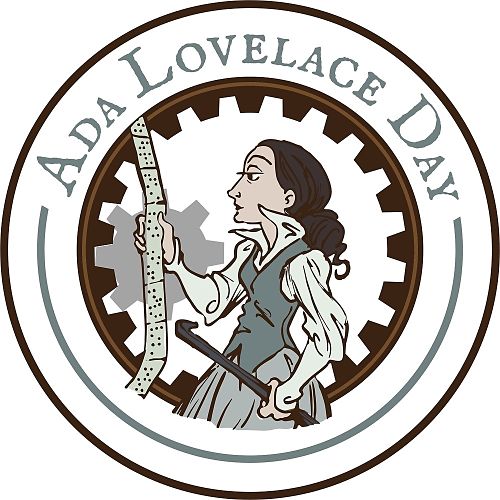 Today is a day to celebrate inspirational women in science, technology, engineering and maths (STEM). By celebrating the achievements of these women and increasing their visibility, future generations of young women will hopefully be inspired to pursue careers in these areas. There are events organised around the world in schools, universities, science centres and museums to put the spotlight on today’s female scientists.

So, who was Ada Lovelace and what did she do to get her own day? Ada was born in London in 1815 and was the daughter of the famous poet Lord Byron. Ada barely knew her father, he abandoned her when she was just a month old and her mother, although not affectionate to her daughter, insisted upon Ada being privately tutored to the highest possible level. At age 17, Ada met Charles Babbage, Lucasian Professor of Mathematics at the University of Cambridge (a position once held by Isaac Newton and more recently by Stephen Hawking) and this meeting changed the course of Ada’s life. Babbage was working on a calculating machine which he called the difference engine and Ada was immediately intrigued.  She was determined to understand how the difference engine worked, so she asked Babbage for the engine’s blueprints.

She married and had 3 children and developed a strong friendship with Mary Somerville, a leading mathematician of her time. She pursued an interest in advanced mathematics and all the while kept Babbage’s difference engine at the forefront of her mind. Babbage in the meantime had moved on to the analytical engine, which would be capable of far more sophisticated calculations than the difference engine. Ada studied his work along with that of engineer Luigi Menabrea and wrote an extensive paper on the analytical engine. In her paper, she included the world’s first published computer program, or algorithm, and hence she is often cited as the world’s first computer programmer. Ada Lovelace broke new ground in computing, identifying an entirely new concept. She identified through years of study that an analytical engine could go beyond numbers, not just a calculator, but a machine that could contribute to other areas of human endeavour, for example composing music. And so, the first concept of a modern computer was born!

Ada passed away in 1851 at the very young age of 36 but what she achieved in her short lifetime was quite incredible, particularly given the limited education opportunities available to women at the time. She contributed to work so ahead of its time, it would take another 100 years to be fully understood! She nurtured her thirst for knowledge and understanding and paved the way for future female scientists to develop in their chosen field.

Ada is one of many amazing female scientists such as  Marie Curie, a physicist and chemist who conducted pioneering research on radioactivity; Rosalind Franklin who made critical contributions to the understanding of molecular structures of DNA; Grace Hopper, one of the first programmers of the Harvard Mark I computer; Rachel Carson, a marine biologist credited with advancing the global environmental movement; Dian Fossey, a primatologist who undertook an extensive study of mountain gorillas; Vera Rubin, an astronomer who pioneered work on galaxy rotation rates; Gerty Cory, the first woman to be awarded the Nobel Prize in Physiology. Any of these or many others could have had this day named for them, they are all inspirational to the next generation of girls who may follow them into the awesomeness of science.

So here’s to Ada, all the women in STEM and all the girls just waiting to show us what they’ve got. We can’t wait to see who we’ll be celebrating on Ada Lovelace Day in the future!

If you would like to inspire your budding scientists (girls and boys!), book them into our holiday science camps, give them a birthday party that they’ll remember forever or ask your school about getting a visit from Fab Science.

previousHorrible Science at half term

nextDress as a scientist day ideas